Deputy Mayor Song Hongyin and his party visited the production line of HAVAY and listened to the report of Chairman Sun Guibin, especially the competition concept of novel products, advanced technology, safety and environmental protection, the development history in the market and the progress of projects under construction.

HAVAY insists on innovation and development. With the help of a "capillary" sales network and sensitivity to the market, as well as selects products that are more suitable for us, increases R & D investment, builds a research team, and specializes in "nutritional, pharmaceutical & "Intermediates and new materials" and strives to keep products innovative and superior, we are leading the domestic and foreign markets.

Deputy Mayor Song Hongyin and his team focused on investigating "iodic acid" products used in acetic acid industry, graphene and high-end circuits. Because of its important strategic significance, the products were suppressed by foreign companies as soon as they were launched. HAVAY relied on advanced technology, took the initiative to counterattack, became the company that Tai'an City actively initiates anti-dumping against the United States, Japan and other companies and has achieved overall victory.

The new workshop for nutrition products is under construction and will soon be put into production. After the production is completed, the annual output will be doubled, which will further consolidate the HAVAY ’s position in the nutrition industry. The industrial park will be an important extension and expansion of the HAVAY ’s industry chain of nutrition, medicine & intermediates and new materials, which will greatly enrich HAVAY ’s product line and the company's core competitiveness, and form a new industrial chain advantage in the industry.

Deputy Mayor Song Hongyin and his team expressed their affirmation of the development achievements of the HAVAY, and highly praised HAVAY's development concept of striving to become stronger and relying on technological advantages to expand the market. They encouraged HAVAY to accelerate the construction of new projects, put into operation as soon as possible, accelerate the development of enterprises, and achieve more important Social value. 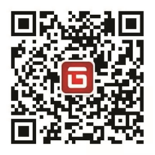